This chapter addresses potential and actual involvement by parties in the state of North Carolina in the United States’ post-9/11 torture program – beyond the CIA’s use of North Carolina airports for extraordinary rendition flights conducted by Aero Contractors. In addition to considering the role of other private contractors, the chapter discusses torture-related activity in which U.S. military personnel based at Fort Bragg, North Carolina, were reportedly involved.300

Besides Aero Contractors, the Commission has identified Blackwater and Centurion as two NC-based private corporations whose possible connections to the RDI program deserve further investigation.

Blackwater: The security firm Blackwater301was a major contractor for both the Department of Defense (DoD) and CIA during the rendition, detention, and interrogation period, while the company was based at Moyock, NC. According to the New York Times, Blackwater assisted with detainee transfers after 2001. The New York Times reported that former Blackwater employees said they provided security on CIA flights transporting detainees. According to these employees, they were “handpicked by senior Blackwater officials on several occasions to participate in secret flights transporting detainees around war zones.”302
The relationship between Blackwater and the CIA was reportedly very close, in part due to Blackwater’s tendency to hire former CIA officials.303 For example, in 2005 Blackwater hired Enrique “Ric” Prado, former chief of operations for the CIA’s Counterterrorism Center (CTC), which ran the RDI program, and J. Cofer Black, CTC’s former director.304 While these hires, in and of themselves, do not in any way establish participation by Blackwater in extraordinary renditions, they do indicate a close relationship that would facilitate such participation.

Centurion: Centurion Aviation Services is an aviation company based in Fayetteville, NC. The NCCIT has received information that suggests, but does not confirm, that Centurion participated in RDI. Because Centurion is a North Carolina-based company and the NCCIT itself is unable to ascertain all of the facts, the Commission urges the North Carolina state government to investigate.
According to flight logs from the Federal Aviation Administration and Eurocontrol that the NCCIT obtained, Centurion Aviation operated two aircraft that visited locations key to the RDI program while that program was in operation. The aircraft had tail numbers N475LC and N478GS.

For example, according to the flight logs, during the period 2003-2006, N478GS visited Islamabad twice, Iraq seven times, Egypt 11 times, Jordan once, Bucharest twice, and Bagram once.305 Those locations were all significant in the RDI program and were common destinations for the RDI-connected aircraft of Aero Contractors and other companies – Islamabad and Iraq as prisoner pick-up points; Egypt and Jordan as foreign proxies to which prisoners were delivered for torturous interrogations; and Bucharest and Bagram as locations of CIA dark prisons.306 A news account indicates that on Dec. 6, 2004, N478GS was arriving in Romania from Bagram Airport in Afghanistan when it had an accident while landing in Bucharest, destroying its wheels and a fuel tank.307 The news account further indicates that on board were seven American passengers who disappeared quickly after the accident, one reportedly carrying a gun. The CIA’s Romanian “black site” was functioning during this period; it operated in Bucharest from 2003 to 2005.308

A European Parliament body, the Temporary Committee on the alleged use of European countries by the CIA for the transport and illegal detention of prisoners (TDIP), included these two aircraft on a list “used by the CIA for ‘extraordinary renditions’” and described their numerous stopovers at Shannon Airport and other European and non-European airports.309

Although this report is primarily focused on CIA-led abuse, programs of torture and abuse were implemented by the U.S. military as well. Of particular relevance to this report, personnel at Fort Bragg were instrumental in the development and use of abusive techniques against prisoners held post-9/11 in DoD facilities.310 Key personnel included the Chief of the Psychological Applications Directorate at the U.S. Army’s Special Operations Command, Col. Louie “Morgan” Banks. Col. Banks was the senior Army Survival, Evasion, Resistance and Escape (SERE) Psychologist. SERE teaches U.S. service members how to resist interrogations “by enemies that [do] not abide by the Geneva Conventions.”311 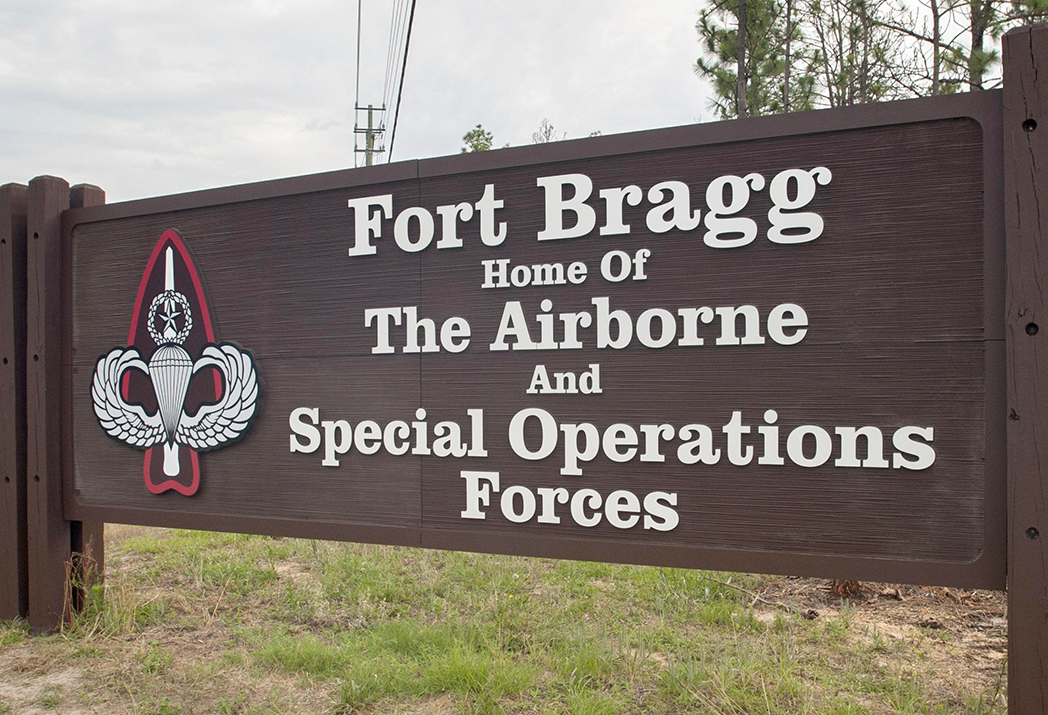 Working with the Joint Personnel Recovery Agency, a military program that reintegrates American prisoners of war, Col. Banks organized a September 16, 2002 training program for military psychologists at Fort Bragg on the application of SERE techniques to individuals detained post-9/11 by the U.S.312 As opposed to teaching U.S. military personnel how to resist illegal and abusive techniques, the training program conveyed how the techniques could be applied to overcome an individual’s resistance.313 The techniques included “rough handling,” walling, sleep deprivation, exploitation of phobias, threatening with dogs, subjection to cold temperatures, and invasion of personal space by females.314 Attending the training were Dr. John Leso, an Army psychologist, and psychiatrist Paul Burney, lead members of the first Behavioral Science Consultation Team (BSCT) at Guantánamo Bay.315 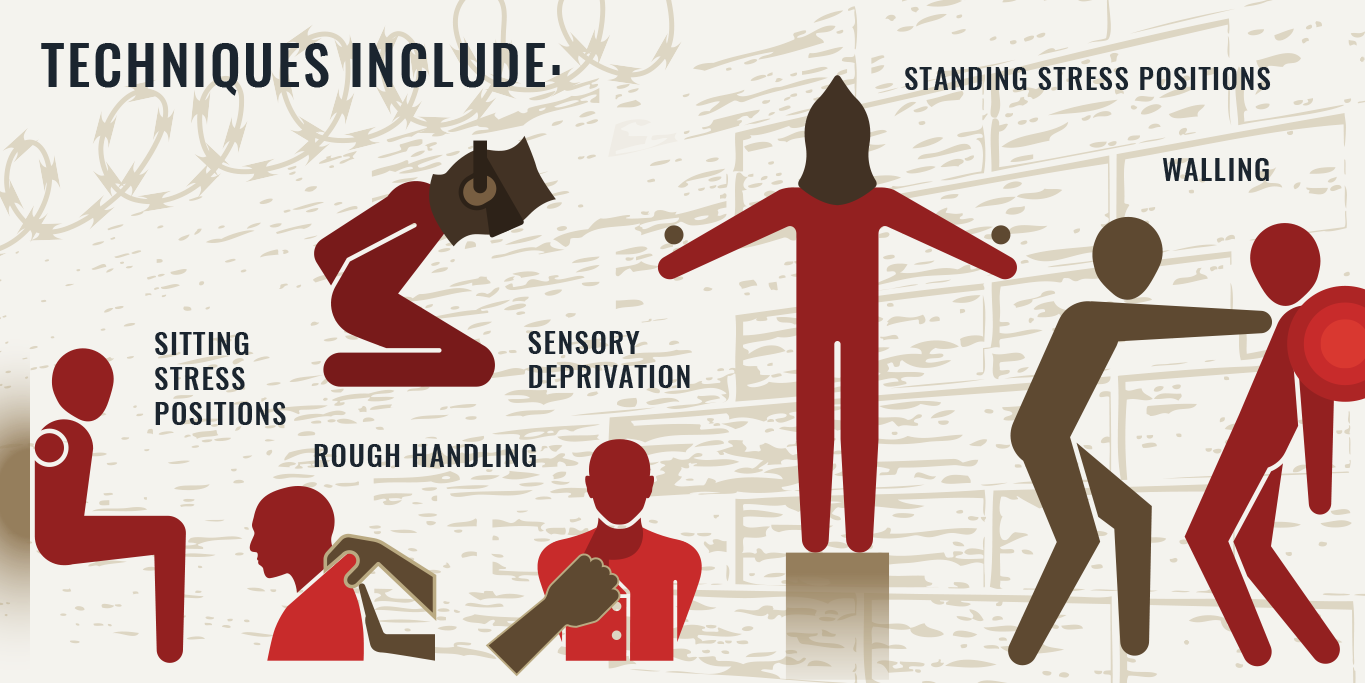 Following the training, Drs. Leso and Burney wrote a memo proposing the use of SERE-based strategies and techniques on Guantánamo detainees. This memo formed the basis for authorization of those techniques by Secretary of Defense Rumsfeld on December 2, 2002.316 Psychological disorganization, intense fear, and anxiety were among the objectives of the techniques, which included prolonged isolation, removal of clothing, exposure to cold, the use of stress positions, threats of pain or death, 20-hour interrogations to prevent sleep, and hooding.317
First applied at Guantánamo, these abusive techniques spread from there to Afghanistan and Iraq, where they came to the world’s attention in the Abu Ghraib disaster. A prime factor in this spread was adoption of the techniques by Special Forces members from Fort Bragg, North Carolina. At Camp Nama, a secretive U.S. detention facility in Baghdad, Iraq, a number of abuses were inflicted by Special Operations Forces (SOF) elite members under the Joint Special Operations Command (JSOC), which is headquartered at Fort Bragg.318Personnel at Camp Nama included members of units such as SEAL Team 6, DELTA Force, and Army Rangers.319According to a U.S. interrogator who served at Camp Nama and was interviewed for the Human Rights Watch report No Blood, No Foul, the task force was comprised of U.S. military special forces from Fort Bragg and CIA personnel, and most were highly secretive about their identity320
Detainees were brought to Camp Nama by a joint U.S.-U.K. special forces unit called Task Force 121.321 Its successor, Task Force 6-26, engaged in kicking, punching and hooding detainees, beating them with rifle butts, and using detainees as targets for the “High Five Paintball Club”.322Members of two units also witnessed detainees being subjected to electric shocks and prolonged confinement in kennel-sized cells.
Lt. Col. Banks’ role extended beyond the September 2002 Fort Bragg training. He was the key DoD partner to the American Psychological Association (APA) Ethics Director in a behind-the-scenes collaboration to prevent the APA from adopting a policy that would constrain psychologists’ ability to participate in DoD interrogations. At the time, DoD regulations allowed use of techniques designed to cause psychological or physical distress, in contravention of psychologists’ fundamental ethical responsibility to “do no harm.”323
Col.Banks also participated324 in a 2004 Army Inspector General investigation,325 which found, despite extensive evidence to the contrary, that there was no systemic abuse in Iraq or Afghanistan, including Abu Ghraib.326

North Carolina has multiple demonstrated and reported connections to the systematic use of torture after 9/11 as implemented by the CIA and also by agencies and personnel overseen by the DoD. As far as is known, the DoD and CIA programs of detainee abuse and torture were developed and administered in an organizationally separate manner. However, some detainees to whom North Carolina owes particular acknowledgment and redress were passed between and harmed by both programs. For example, Mohamedou Ould Slahi was rendered by Aero Contractors for the CIA from Jordan to Afghanistan before being rendered to Guantánamo, where he was tortured by DoD personnel. And Khaled al-Maqtari was tortured at Abu Ghraib (operated by a U.S. Army unit) before being rendered by Aero Contractors for the CIA from Iraq to Afghanistan, where he was held and tortured by the CIA. As the state of North Carolina considers how to address its responsibility to victims of the RDI program, it must recognize the multi-agency history of their abuse.